[Film] Priced out of existence

Here’s a short film I made for Kidney Care UK’s 'Priced out of existence' campaign:

I visited Phoenix at his home in Coventry and shot this film in his living room, which doubles up as his dialysis treatment room.

Phoenix has kidney disease and is required to perform home dialysis five times a week to stay alive. For each session the dialysis machine runs for nine hours, which has a significant impact on his electricity bills.

The cost of living crisis is taking its toll on families up and down the country and many people are being forced to choose between heating and eating. But for some, the situation is even worse. With the cost of energy soaring, and having already turned off his heating, Phoenix is left wondering where the extra money is going to come from to keep running his dialysis machine. 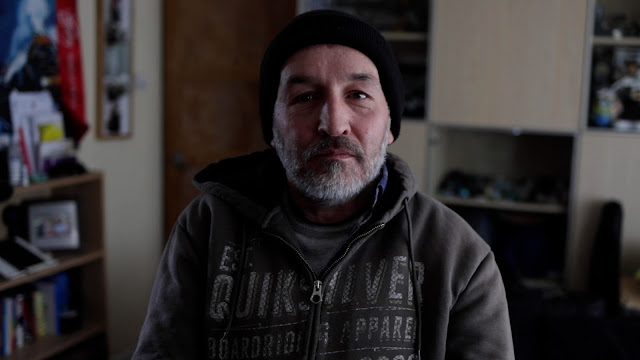 On the day of the shoot his wife was at work and his daughter was at school. I arrived to find him in the company of his two small dogs and the apparent leader of the pack, a cat. (All three of them colluded to remain quiet and restful until the very second I'd finished setting up for the interview and pressed record, just for a laugh.)

My visit was during the first warm spell of the year - that week in early March when everybody including the daffodils were fooled into thinking spring had arrived. But during dialysis Phoenix is never warm. As blood leaves his body to be cleaned it is cooled by the pipes of the machine, which means he is always on the edge of being cold. No matter how many layers he piles on and how many blankets he huddles under.

Kidney Care UK's 'Priced out of existence' campaign aims to raise money to help plug the financial gap for those performing dialysis at home.