After an emotionally crushing defeat in Madrid on the Thursday it was easy to imagine the Emirates being somewhat flat for Arsene Wenger's final home match, just three days later. It was anything but.

The stars may not have aligned for Wenger to leave Arsenal on a European trophy high, but they did at least align for his farewell party. The sun, the goals, the late afternoon kick-off on a bank-holiday weekend; all combined to create a special upbeat atmosphere rather than the subdued wake-like affair I had feared.

When Wenger arrived in North London I'd already been a Gooner for a good few years, having been indoctrinated during the tail-end of George Graham's reign. I don't specifically remember the infamous 'Arsene Who?' headline - I was even less of a keen reader of the Evening Standard as a kid than I am now - but I do remember the general feeling of intrigue surrounding his appointment. Personally I wanted Ian Wright to take over, ignoring the fact that top strikers don't tend to take on managerial positions at the peak of their playing career. 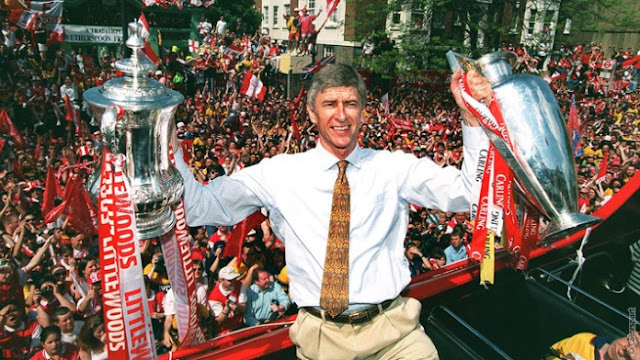 Within two seasons Wenger's poster was pride of place on my bedroom wall: Premiership trophy in his left hand, FA Cup trophy in his right. The 1997/98 league and cup double was just the beginning. Fast-forward a couple of decades and Arsenal fans at the Burnley game - the final home match of this season - were clearly determined not to let recent on-field events sour this day of appreciation. And nor, it seemed, were the players.

5-0 didn't even flatter Arsenal. With every goal the atmosphere grew more celebratory and at times it had the feel of a testimonial match. When Per Mertesacker entered the field of play for the last time with 10 minutes left, the game reached peak carnival. His every touch was cheered raucously. So vivid were the testimonial vibes I half-expected Wenger to sub himself on and be allowed to dance through the Burnley defence, dodging comically-timed tackles before lifting it over an already horizontal keeper to make it 6.

But Wenger didn't need to score a goal to be the centre of attention. With just seconds of normal time remaining, 'There's Only One Arsene Wenger' reverberated around the Emirates as loudly as I've heard any chant anywhere. And as if the referee wished to make that the lasting memory of the match he blew for full-time bang on 90 minutes. With the football out of the way, the ceremony could begin. 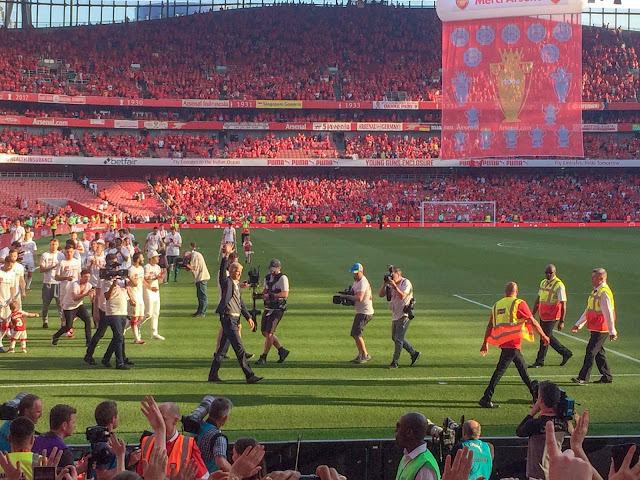 I mean, what right did this unknown Frenchman have - this unknown Frenchman who looked more like he was about to give a philosophy lecture than manage a football team - coming over here and revolutionising our national game? As a 10 year-old, in retrospect, I think that taught me a lot. It taught me not to judge a person on first impressions, their appearance, their nationality, or anything else.

So where did it all go wrong for Arsene at Arsenal?

I think Patrick Vieira summed it up perfectly, in a recent interview. Asked what Wenger's biggest strength is, Vieira answered: 'trust', describing how Wenger always trusted his players to do the right thing without direction. But when asked for Wenger's biggest weakness, Vieira answered the same. Trust. "Because sometimes as players you need to be kicked in the arse". And never has that been more true than this season.

For me though, the prevailing memory can only be respect. Not only has Wenger been a fantastic manager,  he's clearly an incredible human being too. So. Merci Arsene. Thank you for being you, and thank you for the memories - the doubles, the FA Cups, the zipper fails compilation video - and to echo your own sentiments: we will miss you.

Posted by Ryan Chapman at 11:33 No comments: