For the last few months my glamorous assistant and I have been tweeting as @DestUtopia. (She'll hate the 'assistant' part, but at least I've sweetened it with a compliment). There's also an accompanying page on Facebook. Once you've read this, please do go forth and like/follow/share. 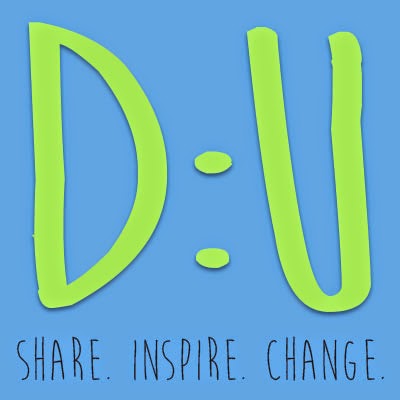 Destination: Utopia, for now in the infancy of an online community, will soon evolve into a series of short films. It's an ambitious project but the premise is simple: to share ideas and initiatives from around the world that inspire widespread, positive change. From innovate ways to live greener lives to confronting social injustice, the topics covered will be varied.

The aim is to turn the mainstream media's mantra of 'if it bleeds, it leads' on it's ugly head. 'If it inspires, it transpires', or something. Basically, we want to focus on all the reasons we have to be positive and avoid the all-too familiar sensationalist agendas that only serve to spread fear and hatred.

Growing up I flirted with activism. I took her on a few dates and we enjoyed each other's company. There was the time I joined the anti-cuts march in London and inadvertently found myself part of an angry egg-throwing mob outside tax-dodging Top Shop whilst my girlfriend, browsing the new range of skinny jeans, was locked inside (needless to say, it didn't last); and the time I collected several hundred signatures on a giant homemade banner in protest against the sale of my local football club's stadium to property developers; but other than that, activism and I stayed casual.

Then I went to university to study film production and began getting quite good with a camera. In turn, I realised the medium's potential for encouraging change so I began making films about things I cared about, which took me on filmmaking missions around the world from Germany to Serbia and South Africa to Brazil.

I saw, first hand, how standing up for an ideal, or striking out against injustice, sends forth a tiny ripple of hope - I'm paraphrasing Robert F. Kennedy here, he said it better than I ever could - and when those ripples from a million different centres of energy cross they build a current which can sweep down the mightiest walls of oppression.

People will tell you that change isn't possible. They'll tell you that the current political system is eternal. They'll argue that raging inequality is 'just the way it is' and that maintaining perpetual economic growth is more important than tackling climate change. I find these views shortsighted and illogical but being exposed to them is a constant stimulus for this project, so it's not all bad.

By demonstrating that change isn't only possible but inevitable, by highlighting good over evil and by encouraging activism at a local level, Destination: Utopia aims to send forth a tsunami of positivity that inspires the apathetic into action and crushes the status-quo. And that, Kennedy, is my own.

Posted by Ryan Chapman at 09:39 No comments: